16 June, 2019 in Biscuits, Cakes, Slices and Confectionery
Jump to Recipe

Date and Nut loaf, often referred to simply as nut loaf, is a recipe bound up in various traditions such as the shape, the appearance and how it should be eaten. I really love it, but you don’t see them too often these days. That could be because it’s quite a while since I have had school-age children, and an even longer time since I had any involvement with a church, because nut loaves are the stuff that cake stalls are made of.

Nut loaf also seems to be somewhat unique in having it’s own dedicated cake tin – those tubular tins roughly 75mm in diameter and 200mm long with a cap that goes on each end, and which of course produce a cylindrical cake. I have no idea why nut loaves are made in these tins, other than tradition, and although I can’t see any reason why you couldn’t make other cakes in these tins it just seems to be not the done thing. Equally it seems making nut loaves in shapes other than cylinders might be frowned upon, but feel free to make this cake in a normal loaf tin if you’re so inclined. Nut loaf tins are still available – I’ve had mine for a while and from memory it was pretty cheap, so I would encourage getting one or two and not bucking tradition. If you happen to be rummaging around the op-shop and find one of the vintage Willow brand nut loaf tins grab it. Ms Onion says their old family friend used to make them in tin cans when she was a kid, which would be another option although those would necessarily turn out fairly small. If you do choose to make it in a genuine nut loaf tin, don’t fill the tin more than about 2⁄3 to 3⁄4 full or it will bust out. 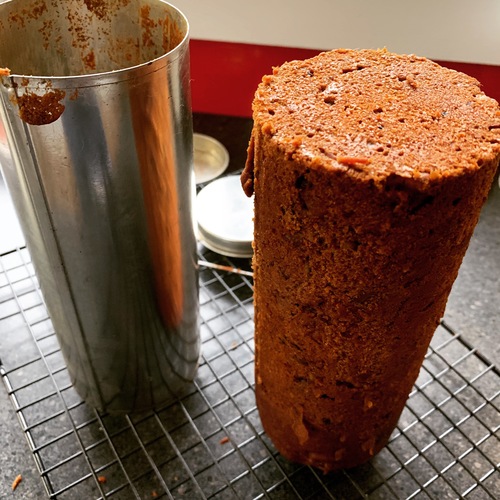 Cooked in a groovy tubular tin.

When I first thought about making one of these I grabbed a recipe off the internet but it wasn’t very satisfactory. Part of that may have been that I tried to make a low sugar version by substituting a sweetener, but nut loaf is one of those recipes that really needs the full complement of brown sugar to get that dark brown look and traditional flavour. I subsequently explored my recipe books in more detail and of course found what I was looking for in my copy of “The Golden Wattle”1. Possibly not as well known in other states as it is in Western Australia where I grew up, the Golden Wattle has been in continuous print since the first edition in 1926. The original authors were ‘Officers of the Education Department, Western Australia’, and in a delightful reflection of its age says it was compiled;

with the following objects in view:-

My sister gave me my copy, a 1999 edition, when I mentioned I didn’t have one. My Mum had one that dated from probably somewhere around the end of World War II, but it had been so well loved that it was really beyond repair so I don’t have it, and my Grandma had an even earlier version that was apparently in good condition but I don’t know what happened to that.

Nut loaf should be served sliced and buttered, with a cup of tea. The cup of tea is perhaps optional and could be substituted with coffee, but butter is mandatory. 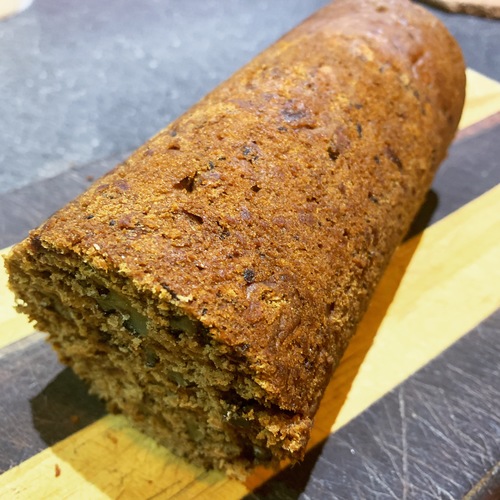 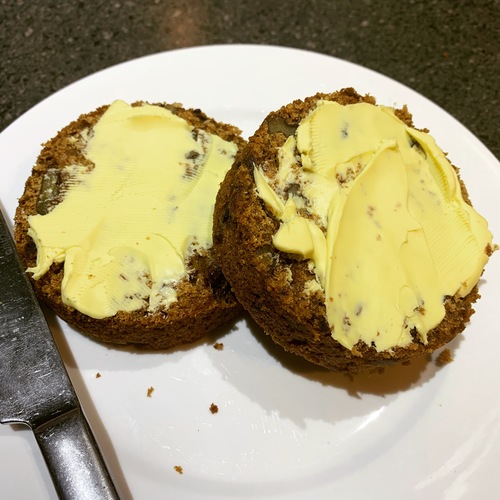 Did I mention you should serve it buttered?