If you google homity pie looking for information and recipes it turns out to be one of those things where the recipe is reasonably well known but the origins of both the dish and the name are a bit more cloudy. General consensus seems to be that it came out of World War II rationing and was thought up by the Women’s Land Army as something to make with what was available. 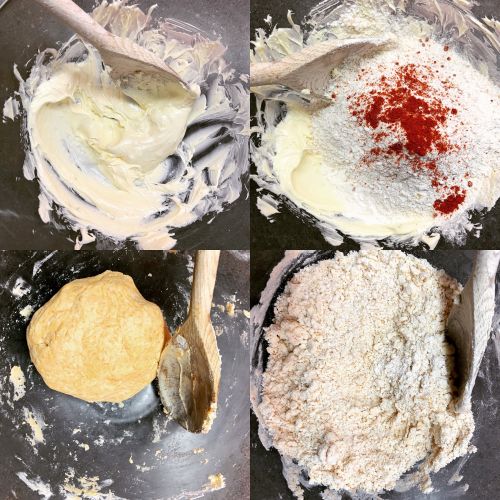 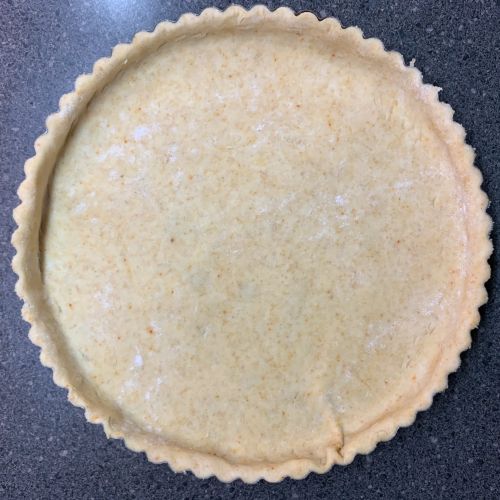 Roll out the pastry and line a loose-bottomed tin.

I’m always a bit suspicious of these sorts of stories, which can get a life of their own, ever since I learned of the great “Throw away the unopened mussels” myth. That one probably started around 1973 and perpetuated from there, so they’re not restricted to these internet days. There’s plenty of them out there, one of my favourites being the “Vitamin C for a cold” myth. Luckily neither of these myths are really doing much harm, except for wasting seafood and making your wee expensive respectively, but there are some others that are not so benign, spreading more rapidly since late 2016 apparently. 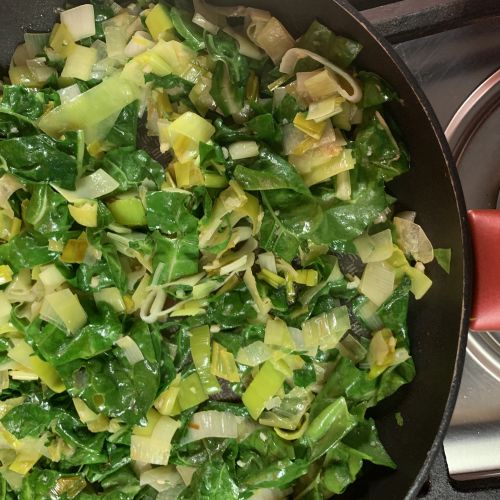 Cook the leeks and spinach until soft.

Anyway, whether the homity pie story is true or not it’s nice to think of a group of land girls spending their evenings after a hard day in the fields thinking up ways to combine potatoes and leeks into something edible, and they did a particularly good job of this one. The name may well be just the slurred version of one of their surnames after a particularly big night on the brown ale. 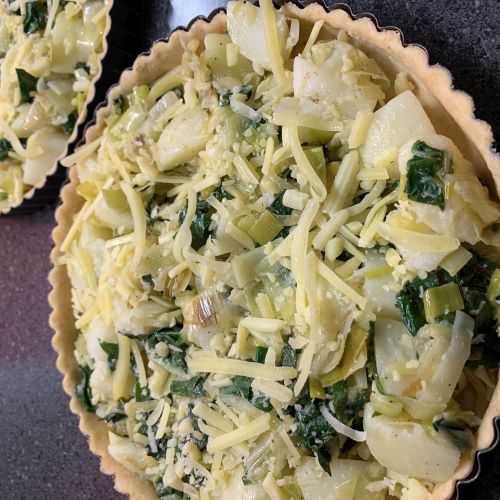 Combine all the filling ingredients and add them to the pastry case.

I can’t remember now how I heard about Homity Pie - it probably just popped up while I was doing my usual trawling of the Interweb thingy for recipes of interest. This one I’ve adapted from a recipe at Olivemagazine.com and it is really wonderful. As you might expect from a recipe dreamed up by a group of tired girls who just spent their day labouring away for the war effort, it’s very simple and quick to make. While it’s in the oven you can run round and check the blackout on all the windows.

You can leave comments or questions below if you like. I’ve also got pages on social media and you can join us over there: 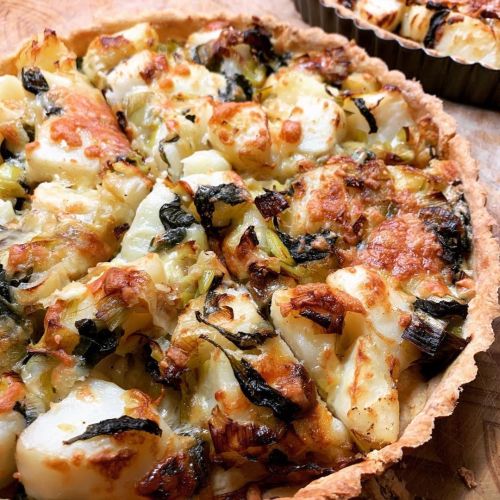 Before you start making the pastry, put about half a dozen ice cubes in a glass and cover with water to provide the ice water later.