6 January, 2020 in Biscuits, Cakes, Slices and Confectionery
Jump to Recipe

Many vegetarian recipes are intrinsically vegan anyway, or can be made so fairly simply if all that needs to be done is to make a simple substitution such as for butter or milk (with a plant based white fluid for the pedants), and since we eat vegetarian about five times a week anyway it’s not a great impost. It’s when it comes to the more interesting alternatives, like substitutes for eggs, that I find out some useful information and get to satisfy my scientific curiosity.

The “vegan egg” substitute, to use in cakes and meatballs and the like is ground flaxseed or flaxmeal. Mixed up in a ratio of one tablespoon flaxmeal to two and a half tablespoons water gives one flax egg, roughly equivalent to a normal egg. Leave it sit for 10 minutes and it stiffens up, at which point you can add it in to whatever you’re making. Apparently flaxmeal goes rancid relatively quickly, so I’ve stuck mine in the freezer, as I do with packets of nuts and other things that have a relatively high oil content. The other great thing about this is I’ve now always got an “egg” in the freezer for those spur of the moment times when I decide to make a cake and don’t have eggs. 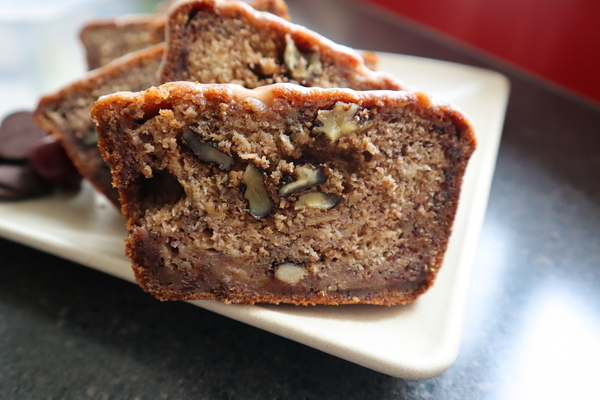 Following a vegan recipe is easy enough, but I thought I’d be brave and try my hand, not without considerable risk, at converting one of my existing and favourite recipes. I’ve had this recipe for banana loaf for a number of years and can’t remember where it came from, but it’s easily the best banana cake recipe I’ve come across. Converting it to vegan was relatively easy, and I’m pleased to add that it didn’t suffer at all from the meddling – if anything it may have been a little better. To make the changes I did the following:

I encourage you to give it a try, and do let me know how you get on. I’ve also provided the quantities for the original non-vegan version if you want to give it a try. The method is all the same. 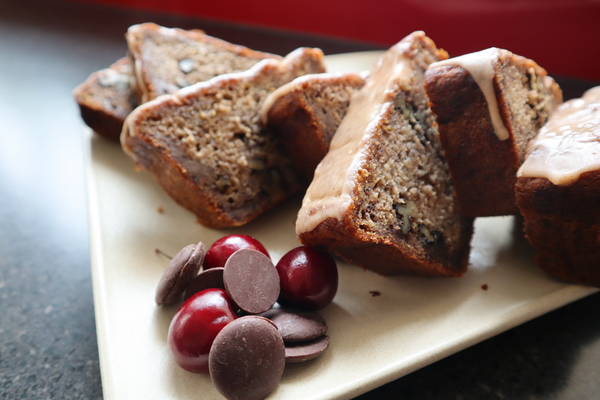 Optional: To make it non-vegan substitute: